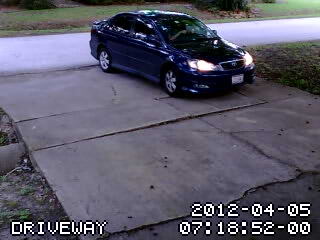 Last year my house was burglarized.  I was away from home when it happened and got an iPhone Prowl notification from my AlarmServer app running on my Pogoplug immediately after my alarm went off.  I called my next door neighbor, who was home at the time, and they went over right away but the thieves were already gone.  Based on alarm logs I know they were only in one part of the house and were in and out in less than 60 seconds.  Anyway, it was pretty cool getting the notification on my phone and being able to call my next door neighbor so soon after they broke in my door.  I have to assume my response time was faster than a paid monitoring service would be.

Although my alarm performed as it should have I realized that I needed video surveillance so I could identify the thieves to the police next time.  I decided to use a TRENDnet wireless IP netcam, my always on Linux server , and the open source program called Motion to accomplish said surveillance of my driveway and increase the security of my home. 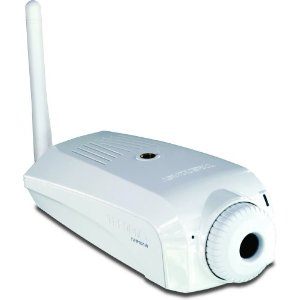 The TRENDnet ProView Wireless Internet Surveillance Camera TV-IP501W (left) is a nice looking camera and mounted discreetly on the overhang of my roof.  It was easy to setup as all I needed to do was run a power cable to it.  It uses 802.11g so I didn’t need to worry about a separate ethernet cable.  It has a built in web server which is pretty easy to use.

Although the TRENDnet camera has the ability to upload images to an FTP server, it doesn’t detect motion and drops many, too many,  images when configured to do so.  I decided to set up Motion, “a software motion detector”, which intelligently detects motion and only saves images that show a material change in the picture.  The Motion website has a page with details on interfacing with TRENDnet camera which was helpful in getting everything configured: http://www.lavrsen.dk/foswiki/bin/view/Motion/TrendNet.  I installed Motion on my Pogoplug server running Arch Linux by simply running pacman -S motion. The two important config settings in /etc/motion/motion.conf were:

Motion does a great job of dropping only images that display motion but I wanted to have a bash script run nightly that would zip up all the images for the day and also create a time-lapse video so I could quickly see the motion for an entire day.  Also, I wanted it to only keep 10 days of history.  Here’s what I came up with: 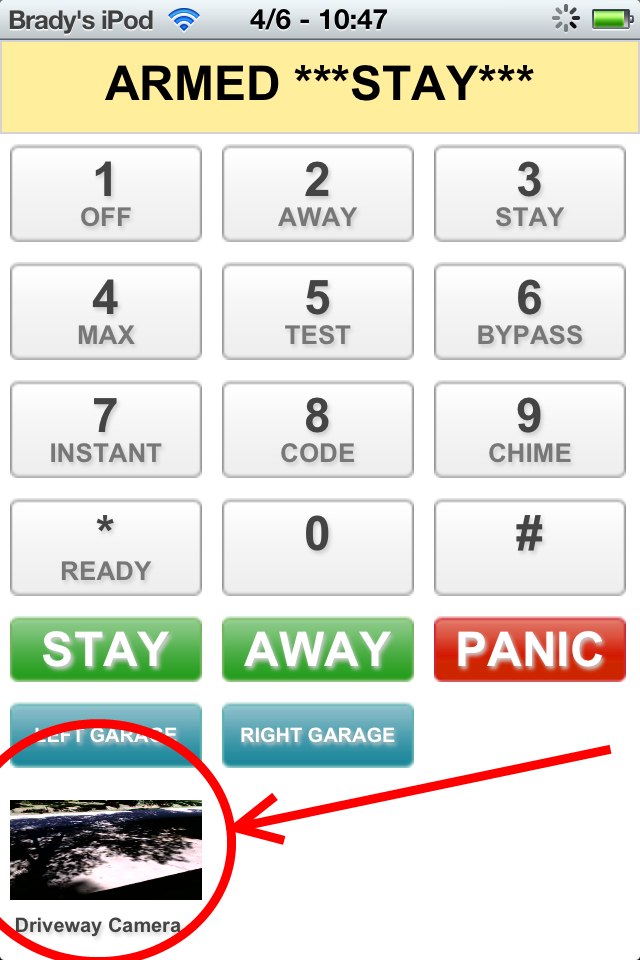 ] In another project last year, I wrote several components to monitor my alarm system.  One of the components was something I called AlarmWeb which is basically a HTML5 application that displays nicely on the iPhone (and Andriod for that matter).  After setting up the surveillance camera I decided it would be nice to integrate it with this interface.  I simply included <a href="http://192.168.1.7/VIDEO.CGI"><img src="http://192.168.1.7/IMAGE.JPG"/></a> on the page so that an image still will show (IMAGE.JPG) and then clicking the image will take me to the live video feed (VIDEO.CGI) directly from the camera.