My Phone Setup with Project Fi

I love non-standard cell service setups. Actually, I probably annoy my family and friends because I am constantly trying different things, talking about it, and sometimes asking them to bear with me during a transition time when they can’t get ahold of me.

I’ve written about a few of the things I’ve tried here and here. Most of the time, the end goal is to save money but a secondary benefit is that it’s just fun to play around with different things.

Most recently I have been using Project Fi in conjunction with Google Voice that I want to outline here.

My wife has a Nexus 5X with regular Project Fi voice/text service. Then, I am using a Nexus 5 with a data-only SIM add-on from her account. That’s right, if you have a Project Fi account you can get up to 10 additional “data-only” SIM cards for use in any device you want! So, I ordered one for me and have data-only LTE service on my Nexus 5. Then, I transferred my phone number to Googice Voice and use the Google Hangouts app to make/receive calls and texts from my phone.

Configuring Hangouts to work with Google Voice is easy: once you have your Google Voice service setup, you simply go to the Settings in the Google Hangouts app and toggle “Incoming phone calls” and “Messages” and you are good to go. 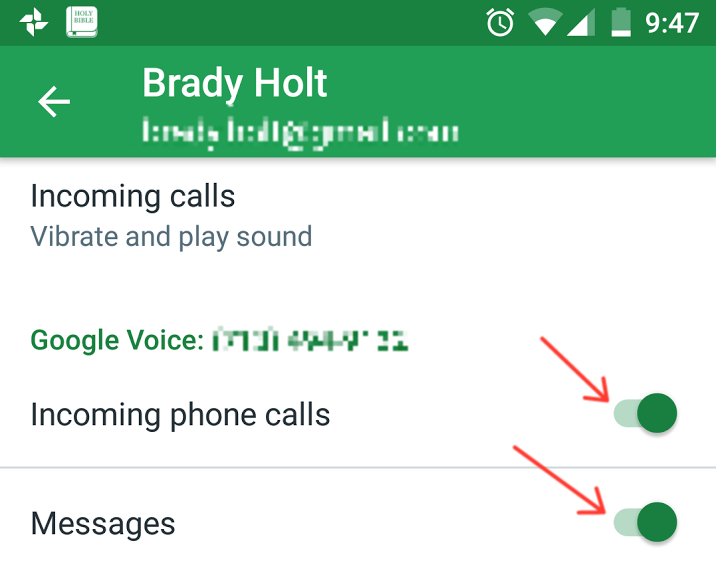 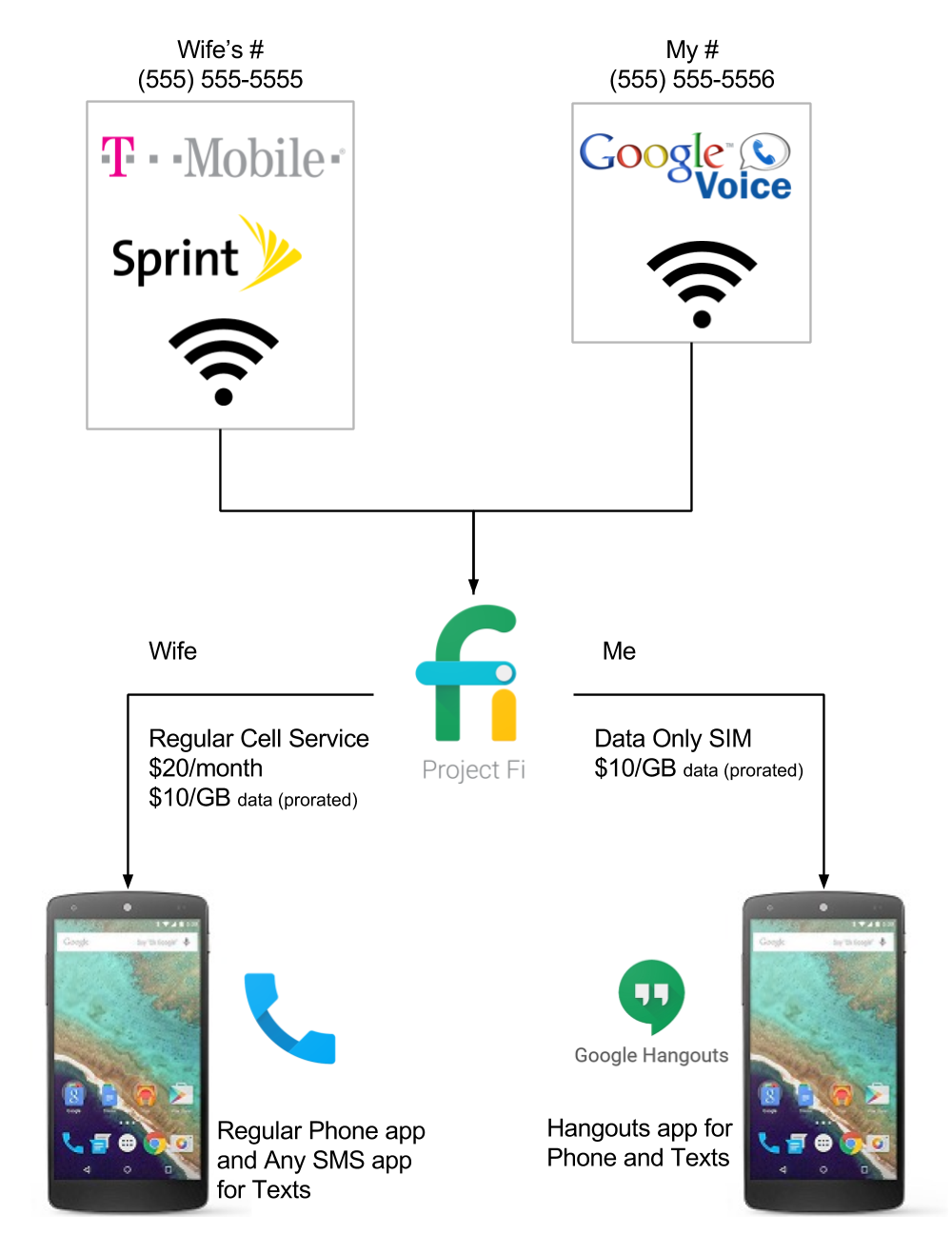 One of the best things about this setup is the cost.