In a database system, a deadlock happens when two or more transactions wait for one another to release a lock. When this happens, the only course of action for the database engine is to kill one of the transaction to unblock the others.

Here is a simple visualization of a deadlock: 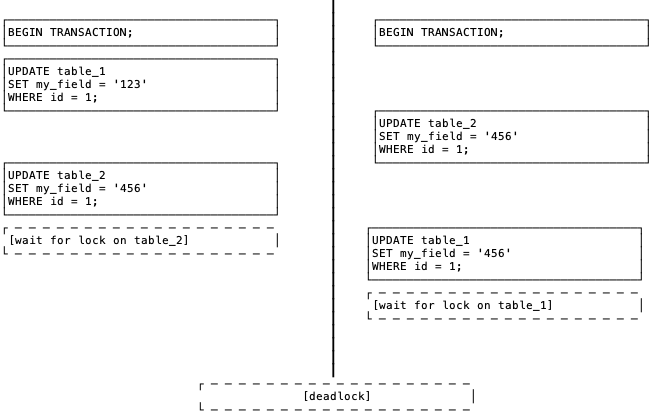 Here are some mitigation steps to avoid deadlocks: